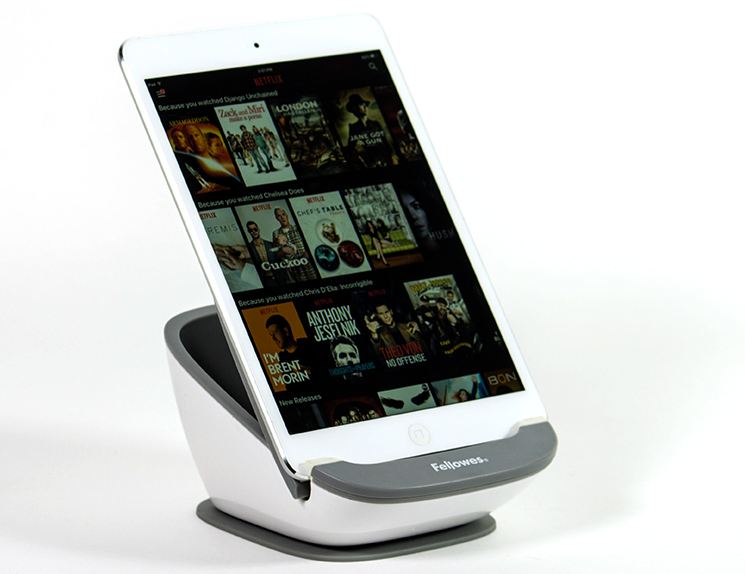 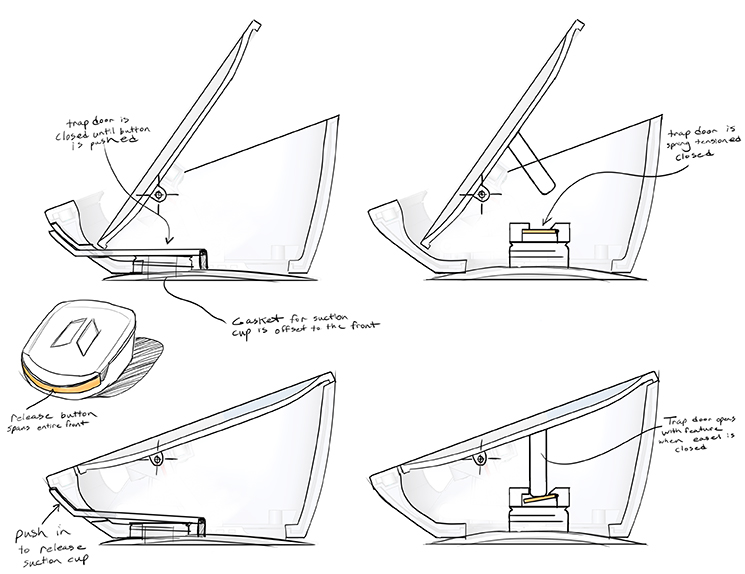 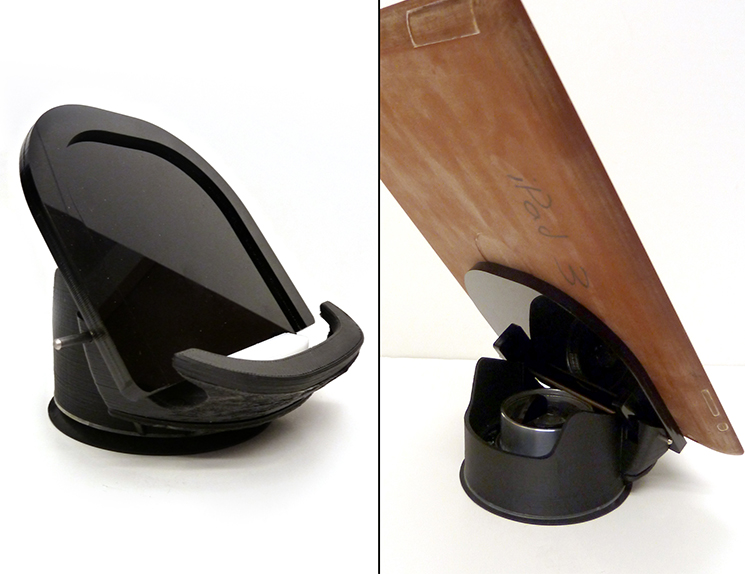 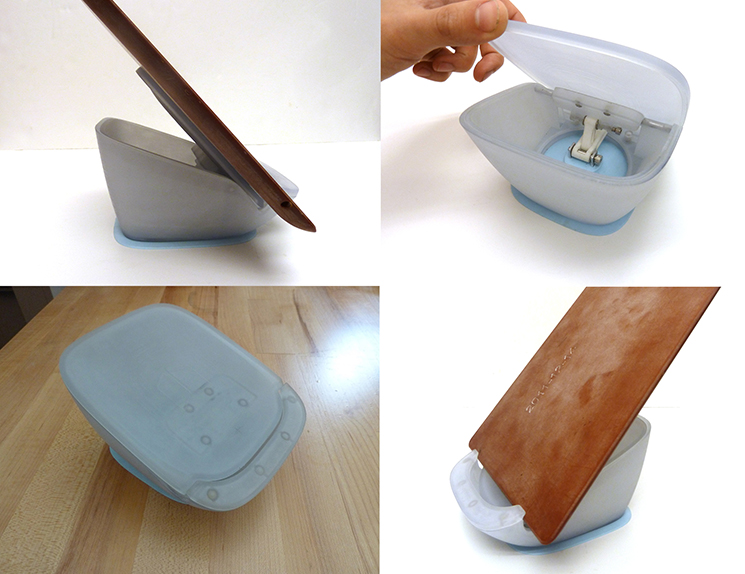 Fellowes approached DiMonte Group with the idea of integrating a suction mechanism into a tablet stand. Fellowes had styling concept sketches and contracted DGI to transform the idea into a functional product though prototypes and CAD, optimized for manufacturing and assembly.

DiMonte Group created a dimensional matrix of existing tablets for sizing and conducted research on existing suction mechanisms in the market to gather ideas and start the ideation process. DGI then transitioned into reverse engineering and exploring how the suction cup mechanism would work.

DiMonte Group delivered a production ready CAD design along with 2D production drawings. Through DiMonte Group’s creative and efficient solutions, Fellowes was able to drive the product successfully into the market.