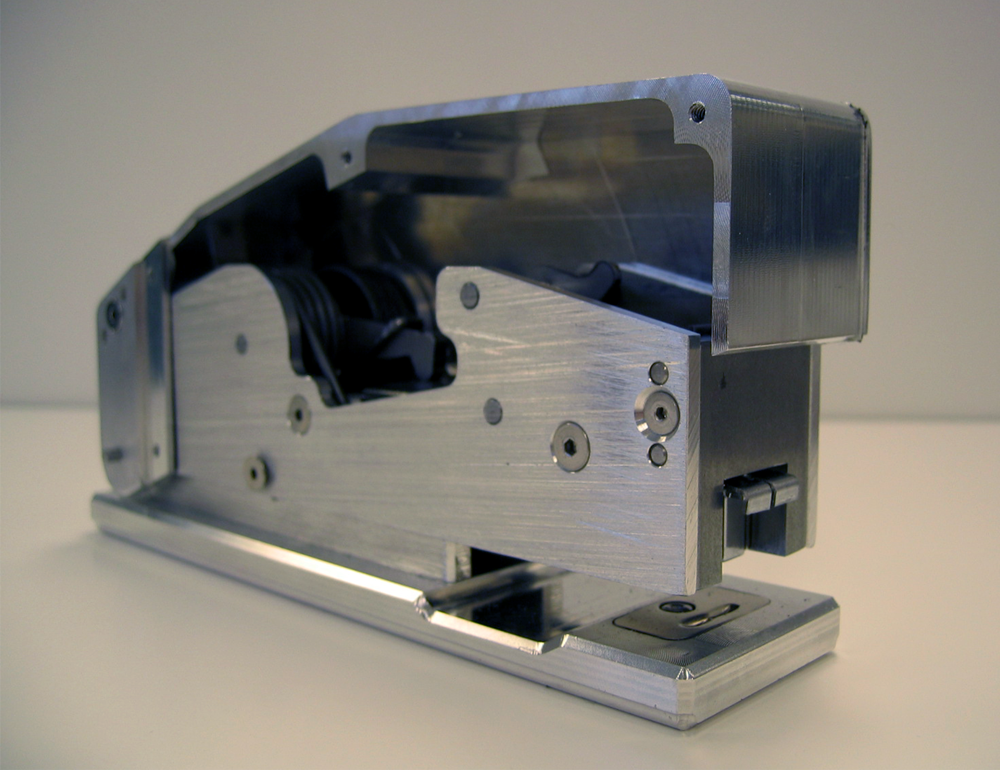 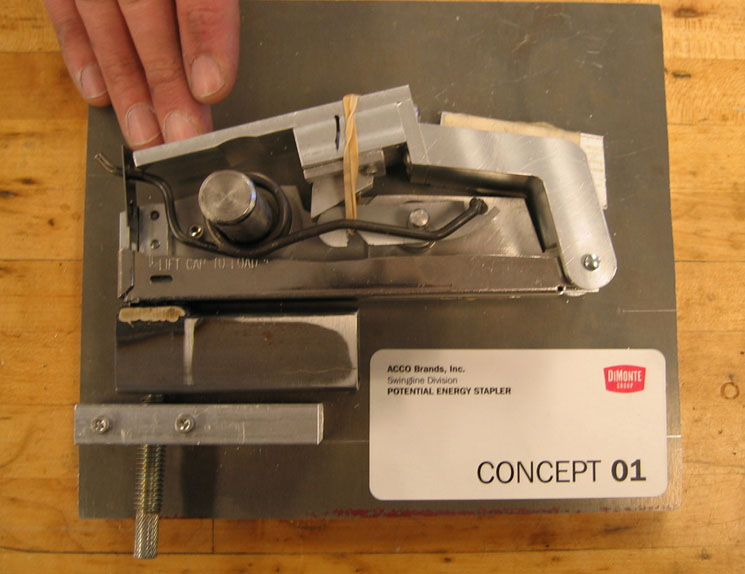 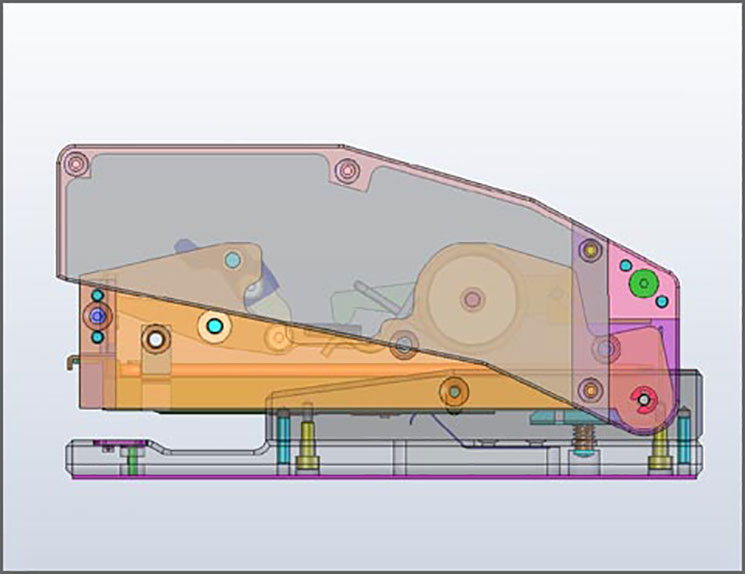 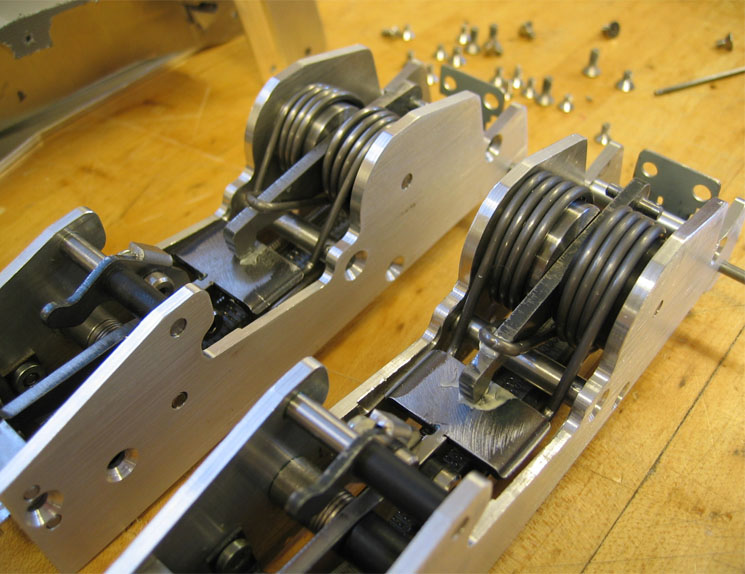 Acco-Swingline was losing market share to a competitor’s potential energy stapler that promised easier, jam-free, consistent stapling. ACCO employed DiMonte Group in a crash-engineering program to develop a new stapling engine to exceed the performance and reliability of their competitor’s product without infringing on any of their patents.

In the interests of speed and economy, DGI engineers advocated building the first working prototypes as “breadboards” to simplify fabrication and tweaks to the mechanisms.

Less than one month from the initiation of the project, all three working prototypes had been constructed, tuned, and tested, and a final direction had been selected (with a second direction held in reserve for a next-generation product sometime in the future).

Using SolidWorks 3D CAD software DGI engineers refined the mechanism to optimize the ergonomics, calculate the springs and linkages, work out assembly and bill of materials, and package it all in a small volume.

ACCO’s schedule could not afford any delay waiting for the industrial design to be completed. To keep the schedule on track, DGI designed, fabricated, and assembled several prototype units. These were cycle tested to prove that the mechanism met the functional and ergonomic requirements.